You must be at least eighteen years old to view this content. Are you over eighteen and willing to seee adult content? 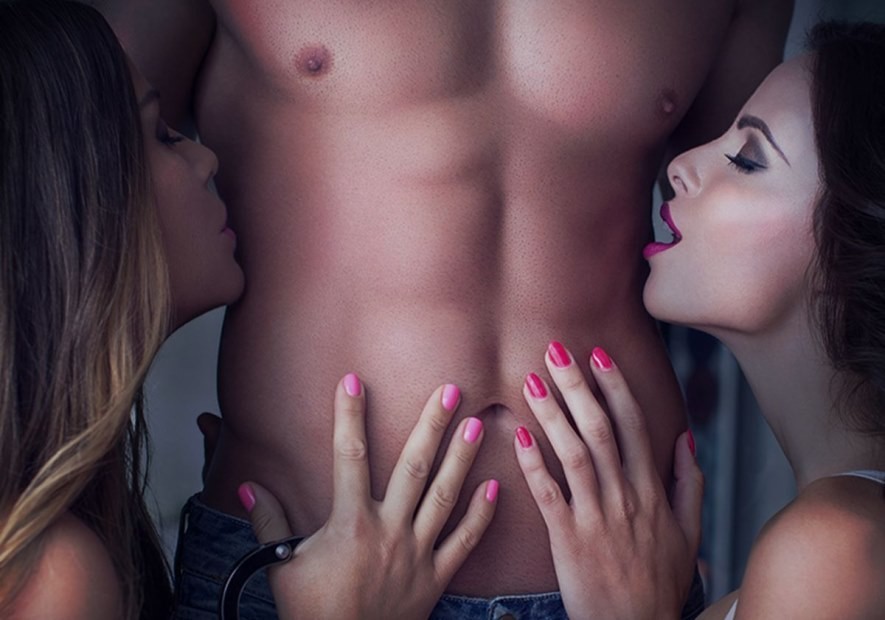 What’s going on behind closed bedroom doors is a personal matter for people. The most secret fantasies are realized in the bedroom, giving in to the senses and passions. But are all secret desires destined to come true? How would you react if one day your husband mentioned the involvement of an extra person in a bed of love? In our society, the norm is becoming increasingly difficult to define, and it is up to you to decide whether a third person is acceptable in your bedroom.

To agree or disagree?

If sex in threes is like an accessory for him, one of the elements that should diversify his sex life is not a pathology yet (of course, both partners should desire it and not feel pressured or forced). Such an offer from a man should sound as if by the way, without demanding it at all.

However, if the idea just overwhelms him and he starts saying that a sex life is impossible for him without it, it's worth wondering if you really need such a partner. A man should not be very obsessed with offering a woman this kind of love.

Whether the presence of a third person in your bed is acceptable can only be decided by you, not voluntarily. When making a decision, consider your values, desires and worldview.

If a man's offer to have sex with a threesome doesn't theoretically make you feel hostile, but you have virtually no way to deal with a feeling of jealousy, you should prepare psychologically before engaging in such games. The most common things about a woman are: she is insecure about her external attractiveness and is constantly afraid to be compared to another woman involved in the act, or she is insecure about the strength of her partner’s feelings. If you are tormented by such feelings you will agree to accept a man’s offer, it will definitely not benefit your relationship.

If a man is just obsessively demanding to try sex in threes, and you are categorically against it, it is advisable not to give up and disagree with the man’s offer just because he wants it. If you are not fascinated by the idea, then any loving man will definitely not make you do it. If a man even uses blackmail to agree to his offer, it signals huge problems not only in the bedroom ... It is possible that your relationship is in crisis or you do not fit each other.

Rules that must not be broken

If, after all this thought, you have agreed to the husband's offer to invite another girlfriend, be sure to use the following tips to prevent the extraneous partner from becoming a serious competitor:

Under no circumstances can an invited girl stay overnight. You should discuss this issue before your games start. It is best to call her a taxi immediately after such sex. It is very important for a man to understand that only with you can he enjoy the endless warmth all night long.

Particular attention should be paid to contraception. This is especially true in such a situation. Sperm, vaginal secretions transmit sexually transmitted infections. Under no circumstances should the same condom be used. When moving from one woman to another, a man should necessarily change the condom.